No more boat propellers?  That’s the challenge that Harold Guillemin, ESME Sudria class of 2014, decided to take on when he founded his startup, FinX! To get there, this promising young company is currently developing a new type of bio-inspired nautical propulsion system. Harold Guillemin is also the company’s CEO, and we recently talked to him about his career path, and his vision of the biomimicry sector, and about his future goals.

What has your career path been like, since you earned your engineering degree in 2014?

Harold Guillemin: After ESME Sudria, I went to work for AMS R&D, a startup that my father founded, to help them develop a new industrial pump technology called Wavera. It uses a membrane that undulates back and forth like a fish’s fin.  The product launched in 2018. It draws 200 watts and is 100% electric, so it can move fluids, using up to 30% less energy. AMS R&D’s business model is to license this technology to pump manufacturers, to subcontract the manufacturing. After four years there, I had really mastered that technology and I wanted to leave the company so that I could adapt that technology to the nautical sector, and propel boats with something other than a propeller.  How? By using a high-frequency, low-amplitude undulating membrane, so that you get a very efficient propulsion.

So it’s more than a motor?

Exactly. At FinX, we work on innovative nautical propulsion. For example you might use our technology for a boat motor, to propel a diver or a drone, or for a motorized surfboard. Our first product is 100% electric; it’s two kilowatts, the equivalent of five horsepower. This new propulsion technology can propel small launches and sailboats that weigh up to three tons. We’re in the development phase, and we’re supposed to test it on the Seine river within the next few weeks.

How did you get the idea to focus on the nautical sector?

I was always fascinated by this technology, so I kept thinking that it had to be possible to adapt it to something that affects the general public. Bit by bit, the nautical sector seemed obvious to me…maybe because I’m originally from Brittany, on France’s northwest coast. But OK, although I’m from Brittany, I’m more of an engineering and a technician than a sailor and an explorer!

Why did you choose the name FinX?

For the English word, “fin.”  And I thought that the X gave it a modern and sporty feel. We wanted a short name that would be understandable worldwide, and specifically in the US market. You can pronounce it either the French way “Feen X” or the English way, “FinX.”

What appeals to you as an engineer about working on a biomimicry project?

It’s fascinating to take your inspiration from living things. When you open your mind to biomimicry, you’re dealing with unlimited creative potential, and you can find a lot of solutions to problems that are sometimes very technical. Typically at FinX, biomimicry allows us to solve problems related to hydrodynamics, or turbulent flows. But beyond the practical aspect, biomimicry also keeps us humble, because nature already has millions of years of R&D stored up! As an engineer, it would be ridiculous not to take inspiration from that. When we were developing our motor, we were constantly comparing ourselves to what was already out there, whether it was man-made or something in the natural world, so that we could find the best possible design. We always do better work when we take inspiration from the experience of others. Today, engineers can no longer stay locked up in a dark laboratory!

Working as an engineer in a company and starting your own company are two different worlds. How did that transition happen for you?

It happened in the first half of 2018, after I found out about a dual degree program, the Master’s in Entrepreneurship offered by ESSEC Business School and CentraleSupélec, a French engineering school. The program involves two days of coaching, and three days focused on launching a business. For me, this was a good way of learning new business skills so that I could dive right in. We learned about business management, legal issues, fundraising, etc. So I was there from September 2018 to June 2019. That allowed me to focus on the project and to open a lot of doors through the alumni network. That’s also true of the ESME Sudria alumni network.

Maritime freight alone generates 12% of the world’s transportation-related CO2 emissions. Was it important for you for FinX to change things from the environmental perspective?

Yes. Our goal–of course–is to bring an innovative technology to market, but we also want to include a strong environmental component.  Our first, small-power product will allow us to focus on electrical development for the nautical sector.  Right now, electricity is only a small part of the market, but it’s increasing dramatically from year to year, with stricter and stricter standards that businesses have to comply with. To produce a higher-powered product in the next few years, motors will probably have to transition to a hybrid or thermal model. If you really want to go out to sea, you need a robust system that’s not going to break down in the middle of the ocean. That’s what we’re aiming for: replacing the propeller with an undulating system, to increase efficiency and decrease energy use, as compared to current technologies.

How many people work with you on project development?

Right now we’re a team of five, but it’s not just us. We also receive expert help with various things, from hydraulic simulations to mechanical things. We also have an advisory board including people from the sector, like the former CEO of the Beneteau group, and the CEO of Energy Observer. In the upcoming weeks, we’re planning on announcing FinX’s partnership with a famous French seaman. His reputation and experience will help us out a lot, specifically when it comes to sailors who often love innovation…when it’s installed on someone else’s boat !

Are you planning on an initial fundraising round?

We’re in the process of completing it. We raised 300,000 euros from various angel investors. All of them are in the nautical sector or the nautical industry, or they’re passionate about high growth-potential disruptive technology. This funding round was also made possible by an ESME Sudria alum! In addition, Bpifrance is planning to help us out with approximately the same amount, and we’re also counting on some bank loans and grants.

When are you hoping to bring your first motors to market?

In fact, we’ve already started taking pre-orders for a small line of 5 HP motors for launches and sailboats. Those will be delivered in June 2020.  The goal is to launch a higher-powered line in 2020 with a motor company or a market leader. We’re hoping to sell a 100 HP motor which would be electric (hybrid) to reach a larger market. The 100-250 HP pleasure boating market is a lot larger than the small power market. At that level, if you can save enough energy, it has a bigger impact and is more appealing. In the next four to five years, there’s no reason you couldn’t power a yacht with our technology.

Want to learn more about biomimicry? Find FinX at the  next nautical trade show or participate in the Engineering Careers Discovery Day at ESME Sudria Paris on Saturday, December 14! 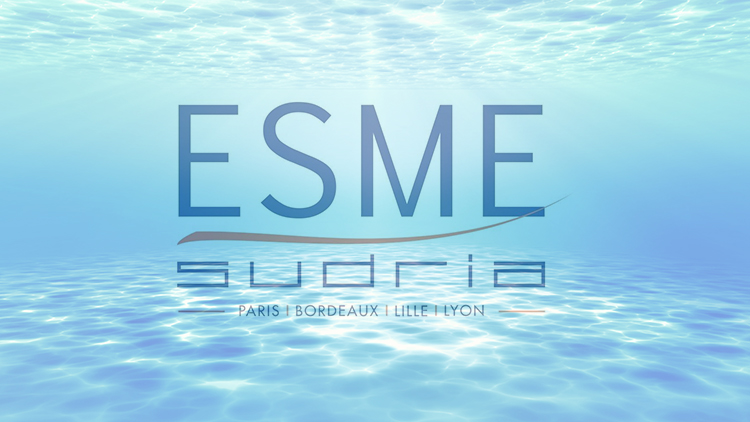